For the third successive season Spurs have turned an encouraging and successful pre-season around in ninety minutes of real football in the Premier League. With everyone’s expectations high, Spurs true to form put in a performance that left one and all bemused, including Juande Ramos, going by the expression of bewilderment on his face in the final minutes with his side two goals down.

All that needed to go right for Spurs to win at the Riverside, went wrong. Two sides who rarely win an opening day game battled it out and after Spurs’ initial promise, Middlesbrough became stronger and grew in confidence.

In the season’s preview, certain things were suggested that would determine Spurs’ success or failure this season:

whether the defensive problems have been resolved by the signing of a new goalkeeper.
They haven’t – Gomes played well and with confidence but as in the pre-season friendlies Spurs’ defence could be pulled out of position and get themselves into difficulties.

how often Ledley King and Jonathan Woodgate play together at the centre of defence.
Woodgate played and was Spurs’ Man of the Match’ but King didn’t make it off the bench, in spite of his protestations on Sky yesterday that he was fit and ready to play a full part for Spurs this season.

if Berbatov leaves, how they compensate for the loss of the forty six goals he and Keane scored last year.
Berbatov only played for the last twenty minutes and in the previous seventy minutes, Spurs didn’t really threaten the Middlesbrough goalkeeper. Berbatov showed his touch and with him on the pitch the strike force looked more dangerous without actually scoring. If it hadn’t been for Robert Huth’s own goal in added time, Spurs would have been looking at their third successive opening day game without a goal.

Darren Bent needs to reproduce his pre-season goal scoring in the more pressured world of the Premier League.
He didn’t and looked like Darren Bent of last season. He didn’t get much service but when the ball came in the air the three Middlesbrough central defenders out jumped him while on the ground his touch was poor – he neither held it up for others nor made space for himself. He didn’t put the defenders under any pressure.

Spurs’ failings of last season are still there, only it’s new players making the same errors. The defence is suspect under pressure while the creative midfield players need a holding player to allow them the freedom to roam and the strike force will never match the Berbatov and Keane goals.

Ramos has much to think about before the team take on Sunderland and with many of the players on international duty he will have little time to work with them and any negotiations for new players will be difficult to bring to a conclusion. As the season opened much of the optimism surrounding Spurs was based on the promise of who was to come in as replacements for Keane and Berbatov but as so often happens with Tottenham, deals take for ever and frequently don’t actually materialise. That result and performance at Middlesbrough won’t encourage any potential signings to put their name to a Tottenham Hotspur contract – Daniel Levy will have his work cut out for him over the next fortnight if he is to strengthen the team to make obe capable of making a challenge near the top of the league.

Posted by wlhatwhl at 1:13 pm No comments: 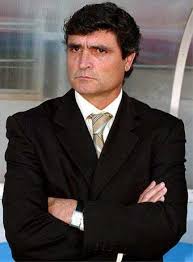 A Cautionary Approach to New Season

Caution is the byword for the new season. After getting carried away with last year’s pre-season media hype, one mustn’t get too carried away this year about Spurs' prospects fo rthe season. The predictions of breaking into the top four this time last year were well wide of the mark, and in reality, last season was saved by the six games that won the Carling Cup and particularly the matches against Arsenal and Chelsea.

A new season, a new team – seven, probably eight, of the Carling Cup final winning squad have departed - nothing’s ever simple with Tottenham. Juande Ramos has confirmed that Jol’s cautious comments twelve months ago which led to him losing his post, were accurate – the squad wasn’t good enough to break into the top 4.

This season’s success or failure will depend on:

The pre-season has seen exciting football and performances from Spurs but the last two pre-seasons have been as equally encouraging but then reality hit in the first games and Spurs were found wanting. A good positive start against Middlesbrough is essential to get the Spurs’ road-show on the way to a successful season.

What are Spurs’ prospects for the season? As one newspaper put it – ‘Hopefuls’. More Cup success at home or in Europe and a definite closing of the gap on those Champions League places may be this year’s goal with exciting, flowing football as an added bonus would be appreciated by all Tottenham fans.

wlhatwhl
Supported Spurs for over 40 years. Just missed the 'Glory, Glory' days but have many memories of Nicholson's and Burkinshaw's successful teams. I'm patiently waiting for their next successful team - it's been a long wait.