If Harry were to Go, Why Moyes?

So much for a quiet summer without spending time blogging about Spurs.  There are obvious tensions at White Hart Lane between Chairman, Daniel Levy, and manager, Harry Redknapp.  If Harry were to go, why is David Moyes favourite to take over? 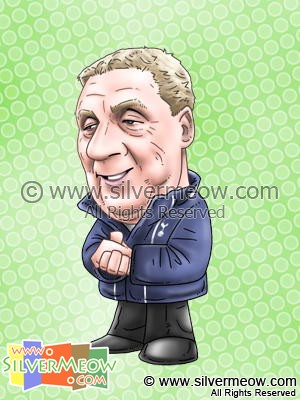 That Harry Redknapp had to come out so strongly last night and deny Twitter rumours that he had resigned as manager of Spurs, clearly indicates that all is not well at White Hart Lane.  There have been rumblings for some months on messageboards that Redknapp would be going this summer, whether or not he was appointed as England manager.

From February and the departure of Fabio Capello, it looked as if Redknapp would be moving on to take over as the next England boss.  It had been obvious for some time that Harry Redknapp wanted the position, he was the overwhelming favourite with the media, he had the backing from England players, he seemed to have considerable support among the fans and he appeared to be the choice of the Football Association.

The delay in making the appointment, while appearing to be a sensible decision at the time, became problematic for Tottenham as their form slumped and their position of a guaranteed Champions League spot slipped until it became a battle for fourth which with Chelsea's progress to the Champions League Final didn't guarantee qualification next season.  However, even in the week before the FA's announcement that Roy Hodgson was the new England manager, Redknapp's name was being touted in the press as the 'appointed one'.

After the decision had been made, Spurs' form improved and they did take fourth which in every other season has ensured Champions League qualification, but this time because of Chelsea's success Spurs were relegated to the Europa League.  Spurs had not achieved their objective for the season in unexpected and unfortunate circumstances.

Since then there has been speculation over players for next season and even over the manager's position.  Yesterday's outburst from Redknapp clearly shows he is under pressure ahead of his meeting with Daniel Levy.  It is suggested that Redknapp is not to be offered an extension of his contract but of course, he won't resign - he has a year left on his contract - and if he were to go, it would only be if Levy gives him the push with payment of the appropriate compensation.

Today's meeting will be critical to the future of Tottenham and the team and the situation that has arisen may explain the delay in the completion of the signing of the Belgian international defender, Jan Vertonghen, from Ajax.

With the speculation of Redknapp's imminent departure growing, there has been much musing about a possible replacement.  One of the favourites appears to be David Moyes from Everton.  He has done a very credible work at Goodison Park during his ten years as manager but could he do better at Tottenham than Harry Redknapp?

Moyes has the experience of the Premier League and appears to have developed a good team spirit in his squad of players from limited resources at Everton.  His ability to use transfer resources wisely may be a plus in the eyes of the Spurs chairman but how does his record and style of play compare with Harry Redknapp's.

Premier League
In three complete seasons at White Hart Lane, Spurs have finished fourth, fifth and fourth.  In ten seasons at Goodison Park, Everton have finished fourth once in 2005.  Other top half finishes include 5th twice, sixth, seventh (x 3) and eighth.  Last year, Everton's season was the reverse of Tottenham's - they started poorly but finished strongly to rise to seventh.  In January after the clubs played their 'opening day' fixture who would have considered Moyes as manager ahead of Redknapp, Spurs were third and had 45 points while Everton were eleventh with 24 points.

'The Tottenham Way'
Spurs' managers are expected to send out their teams to play in a certain way with stylish attacking football and Harry Redknapp achieved that more often than many recent managers.  David Moyes' teams come with a reputation for being well organised and hard working, able at times to grind out a result.  Will that be enough for Spurs' supporters?

FA Cup
Spurs have failed in two FA Cup semi-finals under Harry Redknapp but Everton haven't been much more successful under Moyes.  They lost in the Final in 2009 and were losing semi-finalists this season.  Having said that Everton finished the season strongly, they were still unable to overcome an unconvincing Liverpool at Wembley in April.

Champions League
Both clubs have qualified for the competition once although Everton were more fortunate than Spurs, as they were able to compete having finished fourth even though Liverpool won the competition having finished outside the top four in the Premier League.  It was the change to the rules after this that denied Spurs their second opportunity to play against Europe's elite next season.  Everton's sojourn in the competition was short lived as they failed to reach the group stages while Harry Redknapp took Spurs to the quarter finals in an exciting European journey.

There is always the perception that a new manager can take the club to the next level but can David Moyes do any better that Harry Redknapp?  The current manager, like all managers, has his faults - he is an old-style manager with a reputation for man-management and the ability to motivate players.  This, however, has not been sufficient to lift Spurs in the past two seasons when they slipped from a position of strength at the end of February.  Spurs have continued to fail when faced with the top clubs in the Premier League and to make that crucial step to be a consistent top side, Spurs need to overcome that problem, whatever the cause.  A freshening up of training methods and a greater attention to detail and tactics could benefit Hartry Redknapp's team but whether it will happen with Spurs is in the balance at present.

wlhatwhl
Supported Spurs for over 40 years. Just missed the 'Glory, Glory' days but have many memories of Nicholson's and Burkinshaw's successful teams. I'm patiently waiting for their next successful team - it's been a long wait.